Submitted a bounty on Bounties Network for this:

Describe the bounty that you want completed. What is it for? What does it involve?

I am planning an event around open source in Berlin. I’m looking for an illustration to be used as the main “fun” image for the event, which will get used on the website, and might also be on stickers, t-shirts, etc.

The concept is a “salon” — a discussion or debate format where people talk about different topics. It should feature an illustrated bear (aka the “Berlin bear” on the coat of arms of Berlin) and a penguin (tux is the penguin who represents Linux — but it should just look like an illustrated penguin, not like tux).

The bear might be drinking a club mate, the penguin sipping on some coffee. They could be standing or sitting in armchairs.

What requirements do you have for bounty fulfillers? Are there any rules or constraints for your bounty? Are there any pre-requisites needed to complete it?

The illustrations and composition of the image must be either original work or open licensed content that can be freely re-used.

The style should be more “children’s book illustration” than “cartoon-y”.

The final illustrations should be in SVG and/or Illustrator format with a transparent background. Preview images can be submitted as PNGs or JPGs.

What should bounty issuers submit as proof that they have completed the bounty? What do fulfillers need to include in a submission in order for it to be accepted?

Preview images submitted of an illustration of a bear & a penguin as described above.

The top 3 submitters will be each granted a bounty of at leas 50DAI.

We will pick one submitter to do further refinements. On approval, the final image will be sent in SVG and/or Illustrator editable files, as well as a signed release of us being able to use the images on the web, stickers & t-shirts, and for printed materials. This final submission will be awarded at least 250DAI.

Included here and in the comments below are some inspirational images. THESE SHOULD NOT BE COPIED. They are provided to showcase inspiration of some of the styles of illustration we find interesting.

Super pleased with how this turned out:

I just completed awarding the top submissions to the Bounties Network that I ran. I asked for a bear & penguin having a chat. The bear was meant to represent the "Berlin Bear" from the city's coat of arms, and the penguin represents open source, specifically the infamous Tux, mascot of the Linux kernel. This is a companion discussion topic for the original entry at https://blog.fission.codes/bear-penguin-bounty-for-boss/ 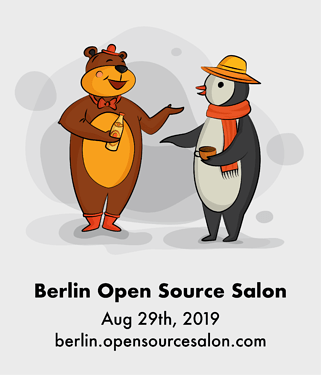 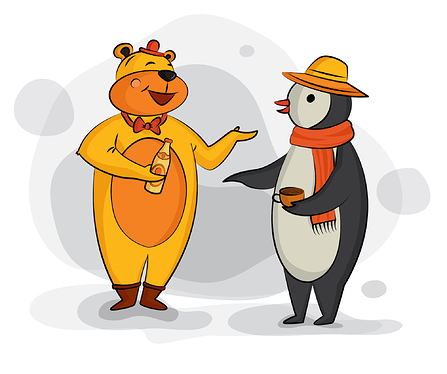 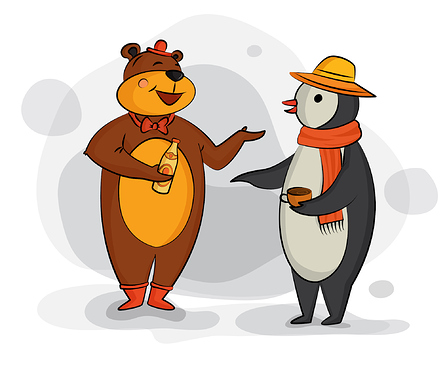 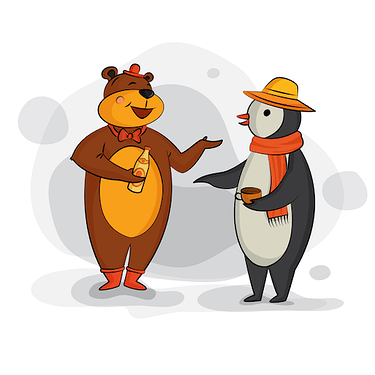