Feel free to add anything!

He’s known from his work in the Elm community.

A book about Rust also apparently referred to as “The Book” in the Rust community.

by Steve Klabnik and Carol Nichols

Rustlings is an interactive set of exercises to get hands on practice while learning Rust. Each exercise has a compiler error or a failing unit test. Your task is to go through and fix things. It gives you hints if you get stuck.

dyn Trait and impl Trait can be new/confusing syntax and is fairly subtle:

One of the more subtle aspects of Rust is how traits can be used as types. In this blog post I will attempt a bit of a deep dive into how to use traits as types and how to choose between the different forms. Preliminary: traits are not typesA type

Understanding Async (Rust Futures) better by building an executor for them:
https://rust-lang.github.io/async-book/02_execution/04_executor.html

A post about from Tokio’s author about its executor:

Tokio is a runtime for writing reliable asynchronous applications with Rust. It provides async I/O, networking, scheduling, timers, and more.

Async recursion isn’t possible out-of-the-box. There exists a macro to help with that:
async_recursion package

If you’re used to functional programming languages and used to creating recursive data structure & recursive functions for working with them, you might be surprised to hear that in Rust recursion is not discouraged.

Here’s a discussion about representing an AST and its functions in Rust in the help forum that may be helpful for people coming from e.g.Haskell:

Newbie, using Rc instead of Box in recursive data structure

My first rust project, first post here! As an exercise to convince myself that Rust traits really work just like Haskell typeclasses, I tried porting a homework assignment on typeclasses from a Haskell course into Rust: ...

Linked lists in Rust are discouraged, just like recursion.
There’s fringe cases for when they’re useful, but it’s somewhat hard to do in rust.
This book goes over how that could work and teaches you a lot about different kinds of smart pointers in the process:

Introduction - Learning Rust With Entirely Too Many Linked Lists

Learning Rust With Entirely Too Many Linked Lists

This file has been truncated. show original

I’m partway through this course, which has been a great intro for someone new to the language: 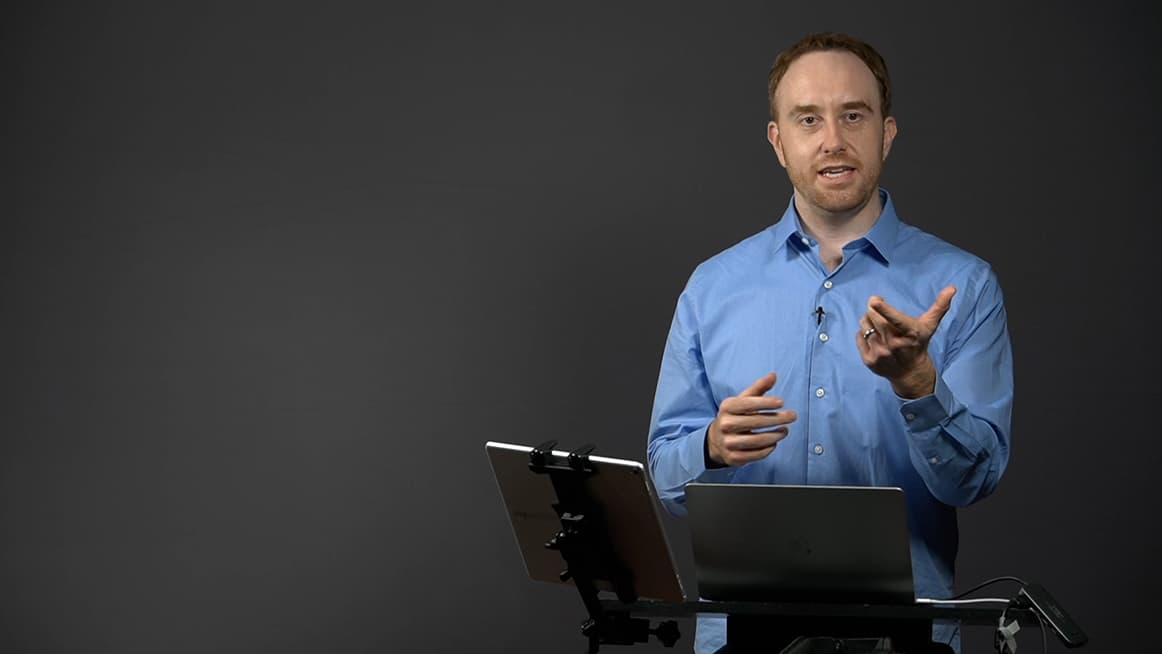 Learn the fundamentals of the Rust programming language in this in-depth...

Go from zero Rust knowledge to being able to build your own complete Rust programs! You’ll use Rust’s built-in data types and standard libraries, add-in packages from Rust’s package ecosystem, and dive into Rust-specific concepts like ownership,...

I think this one is great because it breaks down the Rust Language Book which I find to be very useful.

This looks like a fun rust book: Introduction - Learning Rust With Entirely Too Many Linked Lists

Once you start working with Rust, this cheat sheet is a nice refresher to have when you get stuck.
I find myself revisiting it for Rust ABI details. It also contains some PL theoretic information that will help you understand Rust better.

A single-page Rust resource for people who like high information density.

I added the “Smart Pointer Types” section with this link:
https://doc.rust-lang.org/1.5.0/book/choosing-your-guarantees.html

Take a look - it’s not much & it really helps as a quick syntax primer I think.

To recommend another book, post first learnings: https://rust-for-rustaceans.com/ by Jon Gjengset. His YouTube content is also fantastic, and much of it is live streamed: https://www.youtube.com/c/jongjengset. He really dives into concepts.

To add to posts I enjoy, async/await really has some exciting underpinnings around safe futures, e.g. https://blog.cloudflare.com/pin-and-unpin-in-rust/. However, the complexity brings about some difficulties: Pin and suffering. The later post also links to a blog that I most enjoy in fighting with Rust: Articles.

Rustlings is an interactive set of exercises to get hands on practice while learning Rust: 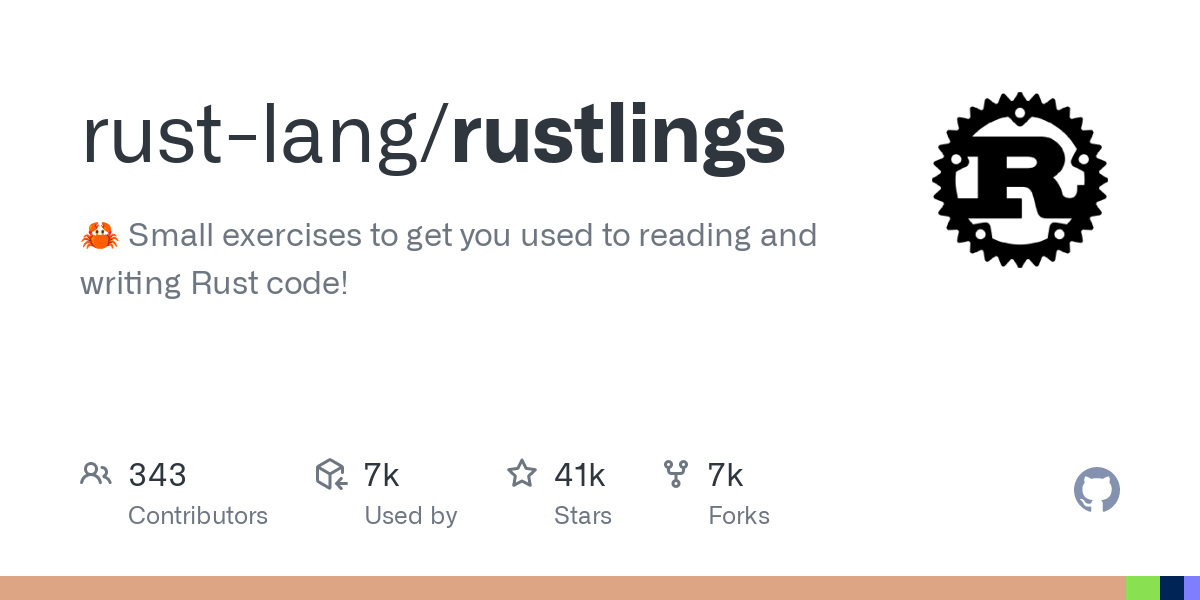 GitHub - rust-lang/rustlings: Small exercises to get you used to reading and...

It’s pretty great! Each exercise has a compiler error or a failing unit test. Your task is to go through and fix things. It gives you hints if you get stuck.

I edited the first section to remove the embeds. They were all differently sized, and I think this layout is more approachable.

Added a section about “Sizedness in Rust” and a good blog post about that.

In conjunction to that. Cheat.rs helps with understanding what these layouts look like in memory.

A single-page Rust resource for people who like high information density.

Rusty way for this is often paired to knowing the go-to crate for anything as std / core stabilisations are hard given the guarantees Rust has taken on it’s approach with backwards compatibility meaning often these said advancements that hit eventually into std/core library are available via crates. A good example to understand this is the std::sync::mpsc related PR in rust-lang.

These are some of my go-to concurrency crates from A to Z:

Also using Stream has great resources out there

Beyond this I recommend looking into what Rust-lang #async-wg is up to:

Other resources around refactoring async

Wow! Thank you so much @pinkforest for this… I really want to incorporate this into the wiki post in the beginning but it’s so much, I don’t even know what the best format would be

At the very least I’ll add a link to your reply and awesome-awesome-list!

This reminds me of Crate List - Blessed.rs. It’s a list of all the more popular crates for various use cases. It should probably be in the wiki post, I’ll add that too

I added blessed.rs into the Awesome-Awesome thanks - gotta have em all!

Tame all the SQL